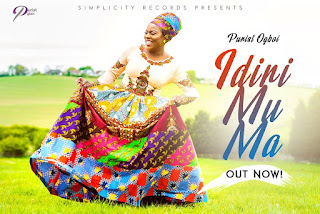 Purist Ogboi is rapidly being established, not only as a highly anointed and passionate Worshipper, but also as a powerful vocalist with a knack for excellence in every aspect of her ministry. Her positive impact in the UK Gospel scene in the last year is undeniable. Following a busy period of ministry, Ìdírí mu mà is the fifth single to be released from Purist’s critically acclaimed debut album, THE ENCOUNTER. Since the release of The Encounter album, in addition to multiple award nominations across various awarding bodies, Purist recently bagged the award of Best Newcomer at the prestigious Premier Gospel Awards UK. 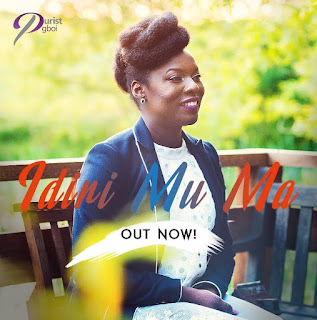 Ìdírí mu mà, which literarily means “You are good to me”, is a multi-lingual up-tempo song of praise which testifies of God’s goodness and faithfulness. November 2015, Purist received the song in a dream.
Ìdírí mu mà’s catchy melody and joyful tone facilitates an atmosphere of praise and thanksgiving unto the Lord in dance. So get your dancing shoes on, pick up your tambourine and give God quality praise with Ìdírí mu mà.
Produced by Evans Ogboi
Video Directed by Iyke Eche of H.S Ideas

Watch the video below;