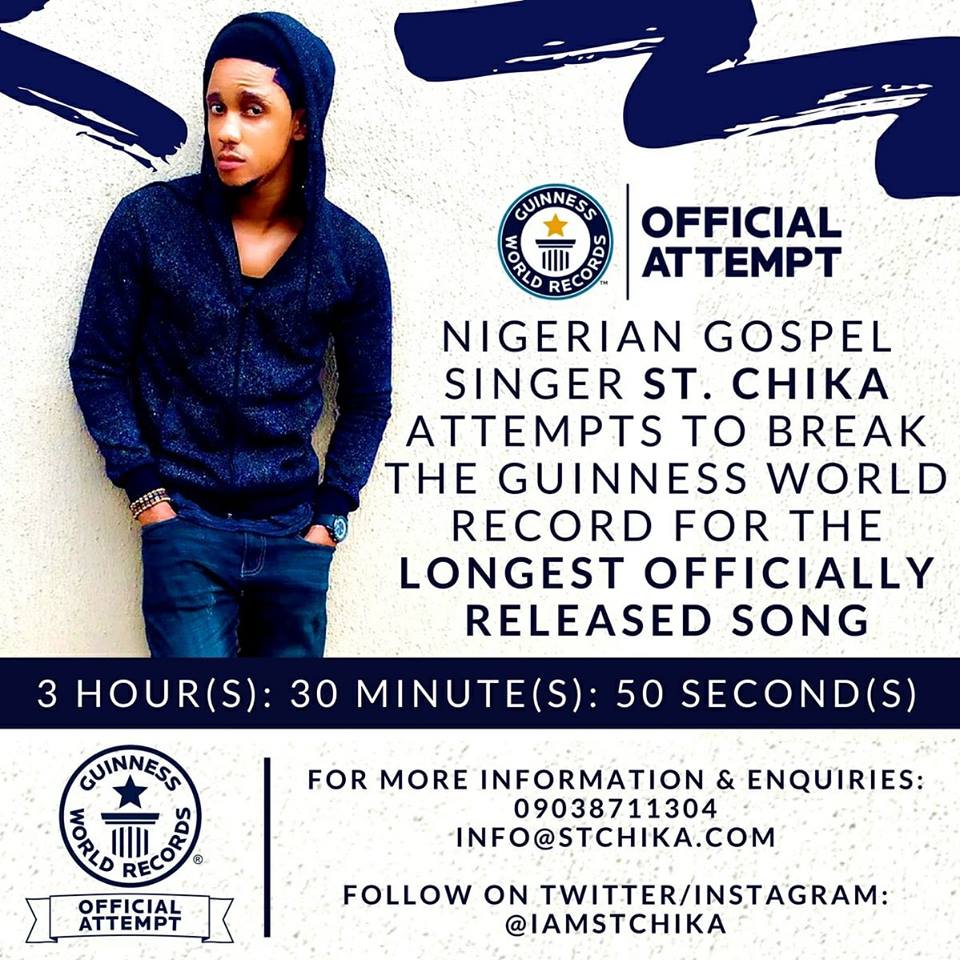 The 27-year-old contemporary gospel singer, songwriter and recording artist is attempting to break the world record for the ‘longest officially released song’ by recording and releasing a single gospel song of 3hrs, 30 minutes, 50 seconds on iTunes, Amazon.com, Spotify and Google Play.
Download: St. Chika – Show You Off (Prod. by DJ Klem) 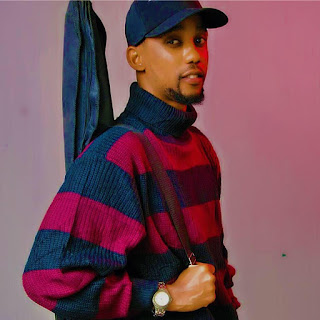 St. Chika who is set to start his attempt at a recording studio in Lagos, Nigeria on Saturday, April 7, to finish same day. The song titled “Power in the name of the Lord” will be released on digital stores like iTunes, Amazon.com, Spotify and Google Play subsequently.
Chika Nwaogu is a graduate of physics science from the University of Lagos. He started singing, playing the instrument and writing his own songs when she was eight years old. He draws his inspiration from gospel acts such as Travis Greene, Nathaniel Bassey, Eben, Joe Praize and Sinach to mention a few.