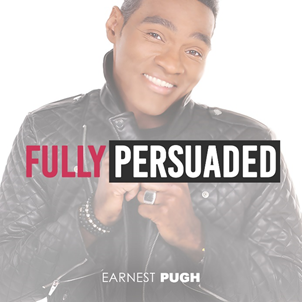 Coming off of the heels of a lavish red carpet affair attended by luminaries including the Mayor of Houston, Earnest Pugh announces the release of the “I Need You to Breathe”  concept video. The resplendent clip was directed by Keith Williams, President and Creative Director, EPM Music Group.


Pugh says of the song:

“’I Need You to Breathe’ came to me as a breath of fresh air from Producer/Writer Lucius Hoskins. Often times enduring the spiritual vicissitudes of life lands Christians in a place where we find it virtually impossible to live, move and have our being. That’s the perfect time to run to the ultimate life support machine –Jesus Christ – and ask him to breathe new life into and upon us.”

The Mayor and City of Houston hosted the video premiere last week at City Hall, where Pugh received a proclamation that May 15th would officially be “Earnest Pugh Day” in Houston. More than 350 attended, include Gospel personalities Kim Burrell, Kathy Taylor, Lonnie Hunter, Sunday Best Finalist David Michael Wyatt and Terrence Hartford. Houston News Anchor-Jonathan Martin, political officials including Mayor Sylvester Gay, and numerous pastors, producers and musicians attended the event along with Pugh’s family and friends.
“This is the ninth project on my EPM Music Group label. I wanted to celebrate the vision that God gave me creatively and also for this business. The red carpet affair was a way for me to do that, and I am grateful to all who came out to support, and especially to the City of Houston for embracing Gospel music.”
Fully Persuaded is produced by Michael Bereal, who produced Pugh’s “Rain on Us” and “I Need Your Glory”; Lucius B. Hoskins and Keith Williams. It features guest artists Kierra Sheard, Nikki Ross and Christian rapper Sarg.
Visit www.earnestpugh.com for more information, including his tour schedule.