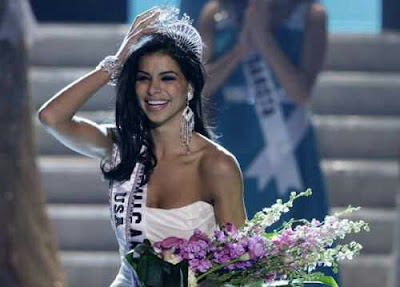 The woman who is believed to be the first ever Muslim winner of the Miss Universe USA beauty pageant has reportedly converted to Christianity. According to the Middle Eastern news site Albawaba, Lebanese-American model Rima Fakih, who is believed to be the first Muslim woman to win the honor of Miss Universe of USA when she was crowned in 2010, gave her life to Christ last month ahead of her wedding.
Fakih, who is a former Miss Michigan and also once trained to be a WWE women’s wrestler, was born into a Shiite Muslim sect and is set to marry music producer and Catholic Wassim Salibi on May 15.
On March 30, Fakih tweeted a picture of herself from the night in 2010 when she won the Miss USA pageant. Her tweet also included a quote from Philippians.
“Philippians 4:13 I can do all things through him who strengthens me,” Fakih wrote.
Later that same day, Fakih tweeted a picture of inspirational message about God.
“Only God can turn a mess into a message, a test into a testimony, a trial into a triumph, a victim into a victory,” the message states.