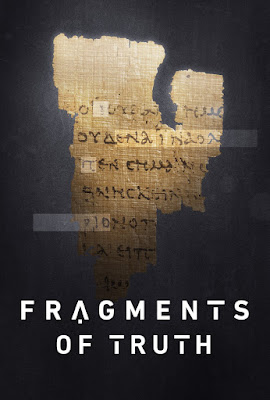 The debate over the reliability of the New Testament changes in “Fragments of Truth,” coming to U.S. movie theaters this April for a special one-night event. Famed evangelical New Testament scholar and author Dr. Craig Evans discusses new evidence concerning Gospel manuscripts that allegedly reinforce the New Testament’s authenticity. The feature content will be followed by an exclusive Q&A with director Reuben Evans and Dr. Craig Evans.
Fathom Events and Faithlife Films partner to present “Fragments of Truth” in nearly 750 U.S. movie theaters on Tuesday, April 24 at 7:00 p.m. local time, through Fathom’s Digital Broadcast Network (DBN). For a complete list of theater locations, visit the Fathom Events website (theaters and participants are subject to change).
Is the Bible trustworthy? In this new documentary from Faithlife Films, narrated by actor John Rhys-Davies (“Indiana Jones,” “Lord of the Rings”), Dr. Craig Evans takes this question head on, traveling the globe to track down the most ancient New Testament manuscripts. Along the way, he highlights groundbreaking new evidence that is changing the debate. Audiences will hear from scholars who have devoted their lives to learning and discovering how the evidence for the reliability of the New Testament manuscripts is stronger than ever.
“Questions regarding the reliability of the Bible have been debated by scholars worldwide for centuries,” Fathom Events CEO Ray Nutt said. “‘Fragments of Truth’ will give audiences of all ages new understanding on the power of the New Testament and ultimately help strengthen their faith.”
“The challenges to the reliability of the Gospels have never been greater,” said director Reuben Evans. “But when we heard about the latest research Dr. Craig Evans published, we knew this was a story that we had to tell.”
Watch the trailer below.