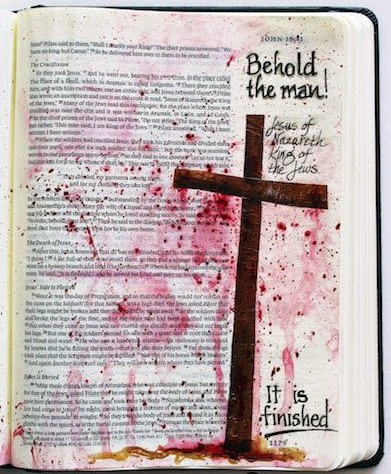 As Jesus hung on the cross, his wounds gushing out blood; I can imagine many saying “Physician heal thyself’. Abi ? For a man that raised a 4-day old corpse from the tomb, one shouldn’t expect less. I imagine that many people joined the crowd thinking it was another ‘show time’ – they wouldn’t want to be told about this miracle that would happen, they were told about the many others, but this one was to be experienced. Jesus however knew that was not show-time, but that the time had come.

I can imagine that the leper that was cleansed, and the man whose sins were forgiven him would be praying under their breath, hoping that this man would at least be sensible enough to save himself. In fact, where was the woman healed from the issue of blood? She should have rolled on the floor and asked that she be crucified with the one that has saved her from shame and made her a testimony indeed.

I think it, at least, encourages the one that ‘dies’ when they can see the tears in the eye of the one(s) they have died for. It does bring a sense of fulfillment, a note of, ‘I would be remembered’. That movie – Passion of Christ, just said it all when it shows that Jesus’ eyes locked that of Peter after he denied him the third time. Oh My! I’m not sure I want to be in that shoe. No wonder Jesus was sorrowful unto death when he knew his time was near (Matt 26:38). He was not only dying, he was taking the risk of dying for a set of people that might not know it, that might not accept it, that might not love him back, that might not even see the point to the death. People get crucified every other time, why should this Nazarene’s be different?

I would summit that Christ went through all these because He knew we would probably go through same in our love walk.  Those times when you give so much in sacrifice to one, only to get so much hostility in return.

You can also read: Letter to ‘Me’ from Me at the War Front.

My point however is, do they ever remember? Do they ever remember that we gave them hope (well, yes, with the help of the Holy Spirit) at the time when they most needed it, that we were their best friend when they needed a friend to stick around? They forget that we walked with them through the shame and disgrace (not minding that we might get stained) that they brought on their own self. That we laughed at their dry jokes and made them feel they were funny just to help their career. They don’t seem to remember how we ensured we saw beauty in their mistakes, and assured them that they could become. Why then do they suddenly forget when we need them the most? Do we even have the right to be expectant?

Here’s what I think…

We all seem to hit rock bottom in our lives, yes, even the so called ‘helpers’, and sometimes I guess we just really wish and pray that someone would come through for us, even someone we have once helped. We remember those we’ve believed in and wish that they of all people would believe in us at those times when it seems that’s all we need. I get that the point of helping out in the first place is not for the hope of being helped out someday, but don’t feel too bad when you get to this point of hoping that perhaps it counts for something (pls note that I haven’t said you shouldn’t feel bad at all. lol). However, rejoice knowing that you have a partner in me, that I share your struggles. 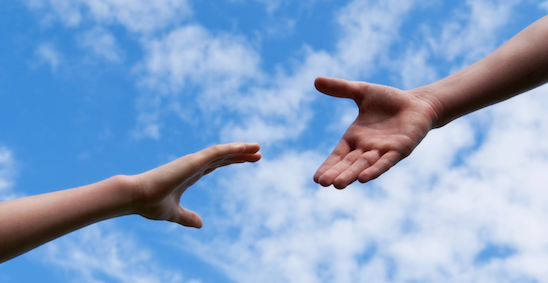 It however all comes to this. You know how it is said that if we have hope (in Christ) only in this world, we are of all men most miserable, I can relate. I figured that if the only reason why I would render a helping hand, or give an advice, pray for a person, or even help out at home is so that the affected ones can be grateful; then I have failed – terribly in fact.

Bible records that, Jesus, for the hope set before him, endured the cross. If that hope was praise from men, then it should really matter that the people for whom He was going to die, were same that bore false witness about him, wounded him, broke his flesh, and crucified him. But his hope was deeply seated in a desire to please the Father, and so should ours. For the hope of the joy in heaven, for the hope of the decision that someone else would make to follow Christ, for the hope of hearing ‘well done, good and faithful servant’; we should do the things we do.

Let us always be encouraged to know that Christ went through every bit of all we did, yet did not sin. If it would matter, let’s be encouraged to know that I’m also going through a bit what we’re going through. We know better than to trust in man, for those that put that trust in the Lord would not be put to shame. The reason why Christ poured himself into you through the Holy Spirit is for the solution that you are. The world needs more of you, and you need more of Christ.