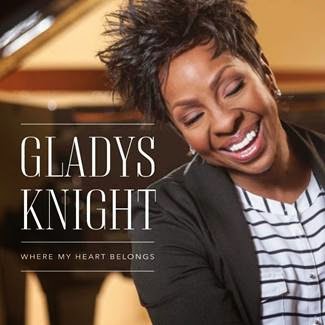 We’ve seen gospel artistes going main stream, but this time seven-time Grammy Award winner, Gladys Knight is preparing to release an eleven-track gospel CD titled, Where My Heart Belongs, on September 9th.You may wonder why, but Gladys started her career early in the church choir and attributes her mother’s faith to her initial encounter and connection between Christ and music.

“My mother reassured me at a young age that my music was a gift from God Himself and that I am to share it freely for His glory. My faith was formed because of her and throughout this journey of life, my faith has strengthened because I know that Jesus covers me through it all.”

Gladys Knight has recorded over 40 albums, including faith-based projects, Knight says her desire is for the album to motivate and serve as an introduction to Christ.

“My desire for this album is to motivate and serve as an introduction to Christ. I vividly remember the time in my life when I felt lost, as if something was missing. I was desperately seeking answers and when I finally found the answer, I learned that it was Jesus Christ. He gave me this gift and out of obedience, I want to give Him back to the listeners.”

Knight is a member of The Church of Jesus Christ of Latter-day Saints. She has recorded several albums with their Saints United Voices Choir one of which earned her a Grammy award for Best Gospel Choir or Chorus Album. She also won a Grammy with the late Ray Charles for their duet “Heaven Help Us All” from Charles’ Genius Loves Company album.

Pick up Where My Heart Belongs on September 9th!
Pre-order on Amazon