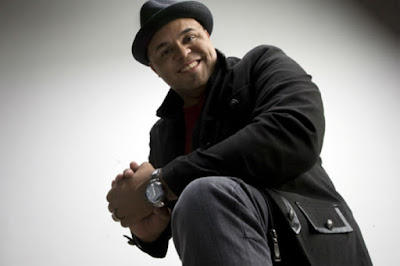 Worship leader and composer, Israel Houghton made a revealing statement about his early days as a gospel artist, and as one that most of us would never have thought of, he was one of the founding members of Fred Hammond’s RFC (Radical For Christ). See details below.

I have to attribute that, going back 20 plus years, to writing down what I wanted to see in my life. I wrote things I wasn’t seeing or that wasn’t happening anywhere else. That sort of became my first real vision, my mission statement. And so, in 1995, I said I wanted to lead a movement that was cross-cultural, cross-generational, and cross-denominational, and I wanted to be intentional about it. In order to be intentional about it, the sound had to reflect that. The approach had to reflect it.

And so the best example I had was looking at my friends, and seeing that Darlene Zschech had been there early on. And then looking at people like Fred Hammond, who had taken popularized songs and translated them to the urban church, and reconfigured songs, and that sort of thing. We give Fred Hamond the credit for that but it was really somebody named Gary Oliver who had done a lot of that, who spent a lot of time with Carlton Pearson back in the day. And another artist, Carman. They were really some of the groundbreakers that got music from the suburban church to the urban church. They were smart because, while they were doing what they were doing, they merged forces withFred Hammond—and that’s really what got Fred excited. Ultimately, Radical for Christ started, and I ended up as one of the original members of Radical For Christ. That’s really how my trajectory got started, at least in gospel music. But I remember saying to Aaron Lindsey when I started New Breed—”somebody has to be the bridge between those two cultures. Somebody has to take the sounds and figure out a way to merge them so everyone can get involved.” So that’s how the New Breed sound was started.