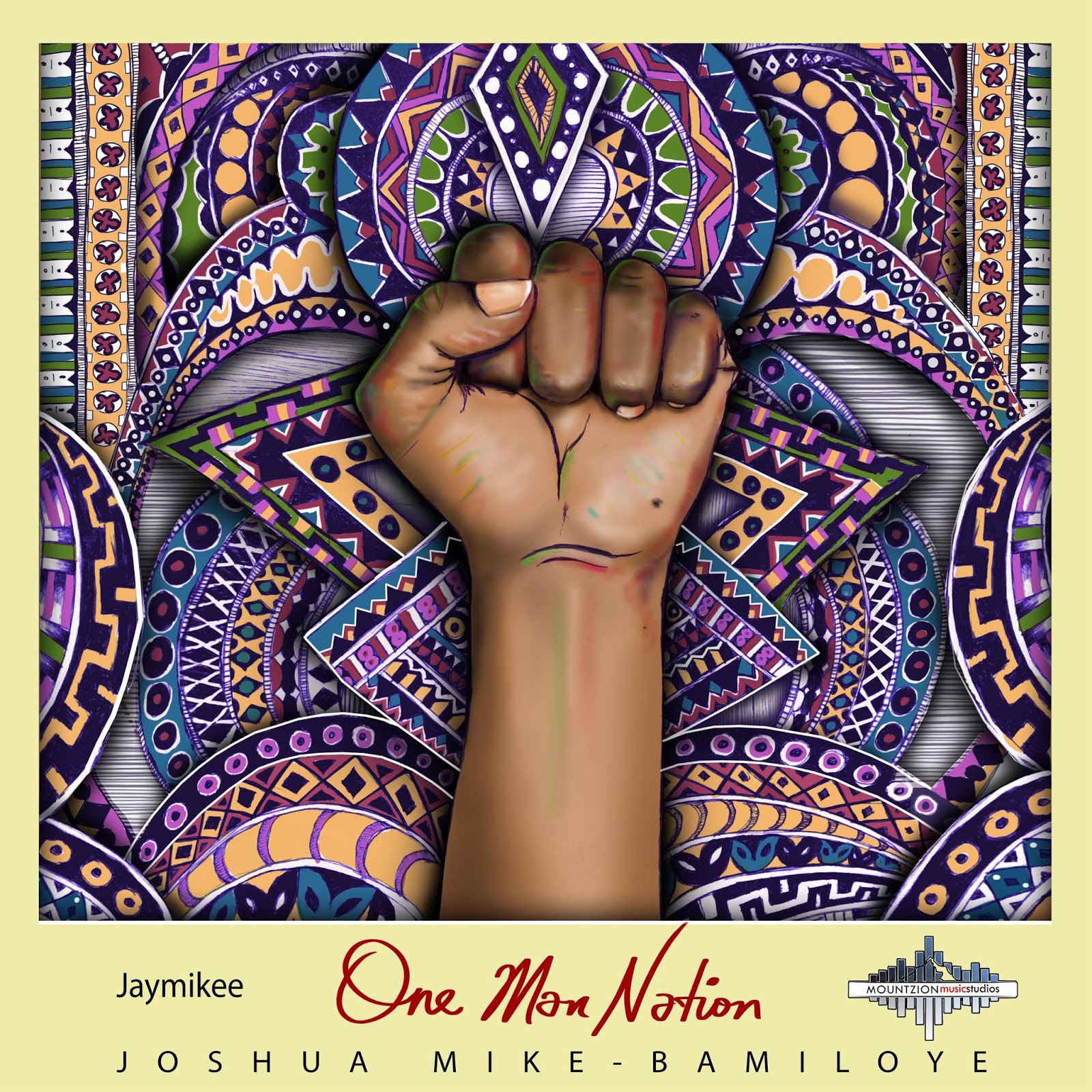 I believe one thing that fascinates one about Jay Mikee‘s songs is the knowing that there’s a story behind the songs; or better still, that behind a story, is the song (however it works). Joshua Mike-Bamiloye brings to the table this time around, with One Man Nation, a 14 track album, with two tracks featuring his sister- Darasimi Mike-Bamiloye, and another featuring the ‘olórí ebí’ himself – Mike Bamiloye.
I must say, this album is one to listen to. Allow me take you ‘sightseeing’ each of the tracks.

Are you Ready asks the listeners if they are ready for the kingdom come (Matt 6:10). One part of you should look forward to is when he declares that he is ready for this kingdom, and then goes on to modulate, introducing some child-like voices who continue to ask the question.

Three minutes, twenty-three seconds of your time for Take Over Me will send you on a journey of surrender to God. Nothing really extra I must confess, but this song really connects one to a one on one experience with the Father.

Ebanjo gives you the feel of a song you’ve heard before which makes it a really nice sing along. It’s a good blend of the Yoruba and English languages. If you’re wondering why he’s asking you to dance with him, it’s because God has really been good.

Download the One Man Nation album by Jay Mikee

You would take a bet that you’re listening to Kirk Franklin when Moyin Oluwa starts off, and then at some point you’ll argue it was written for a scary scene in a movie. You’ll also get a dose of rap and funk and what have you. In all, I summit that this one is a combination of all you’ve never heard from JayMikee.

We need the fire is one song that I would consider typical of Joshua. The song is a request to God to release fire to enable him live a productive Christian life. It also sounds like a processional song sha.

There’s an underlying cry of victory in Tobi. I guess that it was written for the resolution of a movie. It would most likely get you dancing without your permission in that old Yoruba way. The lyrics ridicule all other powers and exalts the name of Jesus as the greatest; and yes, this is the song that opens with Mike Bamiloye’s voice!

Being the official theme song of the movie ‘Haunted’, Free speaks of the newness one finds in Christ regardless of one’s past mistakes. The highlight of this song for me is the switch to the danceable chorus -‘allow me to introduce myself’, it just makes my heart leap! – New man in Christ!

There’s a lot of faith backing this one – I Will Rise. The first time I heard the song,  it was as a soundtrack to a movie, and it so baked the atmosphere with a lot faith and optimism. Let me just say this one would strengthen your soul.

We all get to reach the Breaking Point when it feels as though we can’t take life anymore. This song is a testimony of how God comes true even in those really trying times.

One person to look forward to in Sunset at Midday is Darasimi. Contrary to her usual spoken word poetry, she did the actual ‘doh ray me’of the song. The song is a declaration of the decision to do the will of God regardless of the pressure of the world, and what the natural man would rather do.

Christ reached out to save us and now we can say we’re Alive! Very simple song, but in my opinion, this song best explored the richness of Jaymikee’s voice. You could almost feel the sound oozing out of his vocal chord. You’ll be blessed.

Why exactly do we have so much chaos in the world? What do we have so many questions and prayers unanswered? In short, the world is far from being the ideal, but the hope of the Christian is fastened on the word that all is working for their good. Oh Why plays out this reality in its lyrics.

Jaymikee amazingly hits the juju+apala music in his Iyawo. Yeah, you heard me right! I should warn you, you might just think you have the Evergreen ‘Ení rí nkan e’ by Ebenezer Obey playing. Did I add that it follows that ‘ddd mm ss ms…’ groove that has been imprinted in our hearts. He aims at instructing wives on how to take care of their husbands in a really funny and interesting way. This song is the fun you have been looking for in gospel music.

So, there you have it! I’ll say this album is nothing short of a blessing, and if I’m to recommend any track, it would be Mo Yin Oluwa, The Story of a Lady, Tobi, and Iyawo, in that order. Though an amazing piece, I also believe Nigerian gospel music can do better with lyrics, even this one. But then, it’s all my opinion. We would like to know what you think. Which is your favorite? How do you rate this album? Shalom.