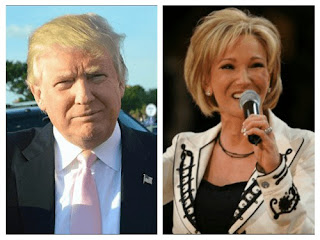 In an exclusive interview with The Christian Post, Pastor Paula White talks about Donald Trump’s faith and why she supports him for president. She also responds directly to the many Christians who either don’t support Trump or are still unsure of who to vote for this November.

James Dobson recently reported he had heard that Paula White led Donald Trump to Christ, and Trump is now a “baby Christian.” CP asked White about that, as well as other questions about Trump’s faith. White also responded to criticisms that she is a proponent of the prosperity gospel.

White, senior pastor at New Destiny Christian Center in Apopka,Florida, was one of Trump’s early supporters. In September 2015, she was one of about 40 religious leaders who met with Trump for a private prayer service at Trump Tower in New York. Last month, she attended Trump’s meeting with over 900 evangelical leaders and was appointed to Trump’s Evangelical Advisory Board.

When asked if Pastor Paula White was the one who Led Donald Trump to Christ, she said?

In my ministry, I’ve been fortunate to privately advise many national leaders, celebrities and people of unusual influence. I don’t talk about those conversations and relationships because they are built on trust and I wouldn’t even be talking about this one had the press not chosen to politicize it.

I can tell you with confidence that I have heard Mr. Trump verbally acknowledge his faith in Jesus Christ for the forgiveness of his sins through prayer, and I absolutely believe he is a Christian who is growing like the rest of us. I know that from many personal conversations.

White added that, Christians should not be judgemental about Mr. Trump’s faith, rather they should show him love.

In my entire ministry, I’ve just chosen to take people at their word. If the man hanging on the cross next to Jesus can profess his faith so quickly, just before his death, and be welcomed into Kingdom then surely Christians ought to give Mr. Trump the benefit of the doubt.

Thank God that Jesus isn’t as judgmental with us as we are with so many of those He loves and died for.

Mother Teresa said; “If you judge people, you have no time to love them.”
Unfortunately, too many Christians have spent way too much time judging Mr. Trump and his relationship with Christ. God is the only one who knows the heart of a man and it is above our pay grade to be his judge.

By the way, I believe that if he was intentionally covering up his faith in this election then someone would accuse him of doing that for his political advantage. It’s just the way our cynical culture is these days.