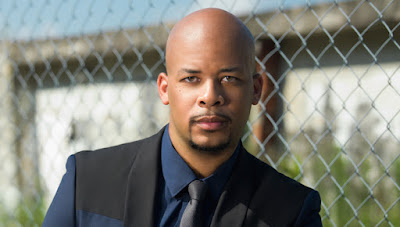 Transparent is probably one of the best things you can be as a public figure. Especially as a Christian leader. On a larger scale, it confirms mistakes, evokes judgement and condemning, but ultimately reveals the power of prayer and results of grace. James Fortune’s testimony is an example.

The award-winning singer took to Periscope to share an insightful look into domestic abuse with hopes to encourage viewers after revealing his enrollment in therapy and counseling over the past few months.
Back in March 2016, Fortune plead guilty to assaulting his wife. He was sentenced to five days in jail, five years of probation, 175 days of community service and a “batterer’s intervention” program.
His recent no-judgement-zone video session, however, is a reflection of his healing – a falling and getting up testimony he fully embraces and hopes people can learn from – and a learning experience to those who might only understand the surface of domestic abuse.
“My assignment that God’s given to me is not to be quiet. It’s not to act like nothing ever happened,” he said. “But to basically expose the enemy and help some people get free who’ve either been a victim of domestic violence or have been someone who has victimized someone through domestic violence.”
Fortune said there are 18 forms of abuse (only one of them is physical) and plans to share what he’s learning about the different types, including those that may go by undetected. He started what he said was going to be the first of many videos with a list of four concepts to carefully consider when dealing with domestic abuse:
Blaming,Denying, Minimizing, Justifying: “