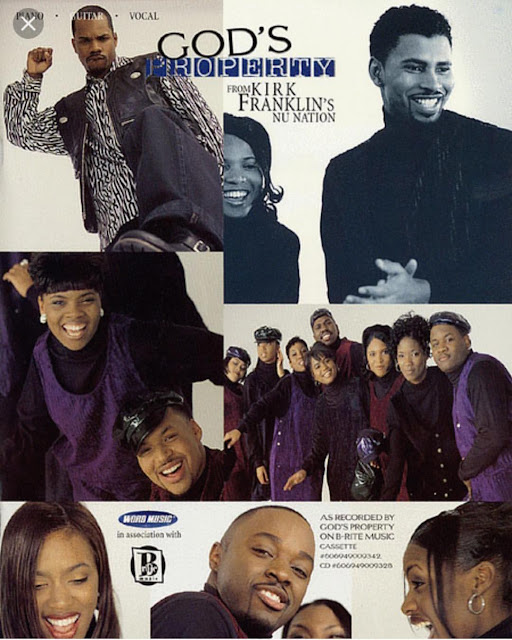 God’s Property is a collaboration studio album by Kirk Franklin and God’s Property. It was released on May 27, 1997, which makes it 20 years today. At the time of its release,urban contemporary gospel had gained massive ground in the music industry, thus sending the album to its third position peak on theBillboard200 album chart and making it the first gospel album to top the Top R&B/Hip-Hop Albums chart, where it reached number one on five nonconsecutive weeks.
RIAA Certification and Chart Success
The album debuted at #3 on theBillboard200with first week sales of 119,000 copies, making it the highest charting gospel album at the time (until Marvin Sapp’s Here I Am debuted at #2 ) It was also #1 on theTop R&B/Hip-Hop Albums chart for 5 non-consecutive weeks making it the first gospel album ever to top that chart. It was also #1 on the Top Gospel Albums chart for 42 consecutive weeks also making it the longest streak at #1 on that chart, and the album would remain on the chart for 105 weeks total. In October 2001 the album was certified triple platinum with over 3 million copies sold across the United States and remains the best selling gospel album of all time.
God’s Property Tracklists
Watch the complete video below