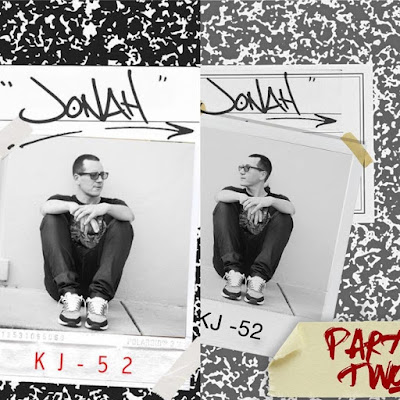 Hip-Hop artist KJ-52 is following up his 2017 Jonah record with part two, to be released on January 21.

This time around, there’s only one way to get it, and that’s through backing KJ’s Pledge Music campaign or if you pledged to his Kickstarter last year.

“This project will release exclusively to my pledgers (and those that have previously backed my Kickstarter) 1.21.18,” he wrote in an email blast. “Plus I’ll be posting an entire spoken word album exclusively to those who purchase the pre-order (plus demos/videos and more).”

“This is not a crowdfund but simply a way for you to get some amazing pre-sell incentives and access to me!“

On KJ’s pledge page, he wrote that this project started as a way to have some bonus tracks to part one, but it took on a life of its own.

The page features four sample songs, including “All I Had” featuring Datin and “Worldwide Part 2” which sees a 20 year part two of the original with Goldinchild.