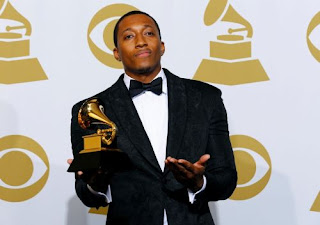 Lecrae has come out again to share his journey to the Lord, and believe me it wasn’t an easy road. The two-time Grammy winning rap artist, learned this lesson through more than his share of adversity —childhood abuse, drugs and alcoholism, a stint in rehab, an abortion, and an unsuccessful suicide attempt.

In his interview with XXL magazine, Lecrae revealed that though he put a lot of his experiences in his new and now Bestselling book “Unashamed”, it was not easy for him to let out all those to the world to see.
The rapper’s new book lives up to its title Unashamed, with the rapper recounting the addiction, abortion and molestation that he faced with his baby sitter.

“Yeah, one is just rehashing being molested as a kid, as a 6-year-old. Having the babysitter molest me,” he responded when questioned about the difficult experiences he had to relive in his book. “Not so much for me to live back through but to have her stuff out there like that too. You know this is somebody that I still know ’til this day.”

“We haven’t even had a convo about it but it’s right here [points to head]. It’s been affecting me my whole life, it’s been impacting me,” he said. “I haven’t talked to her because she was such an intricate connection to our family and I think a lot of times, specifically Black communities, we bury stuff. So it’s like your situation and your stories always seemed to be lesser or not a big deal. So for a long time I didn’t think it was that big of a deal and it really wasn’t until I got older did I realize the type of affect it had on me.”

Though this won’t be the first time Lecrae is talking about this, he made mentioned of the molestation in full details in his song Good, Bad, Ugly off his Grammy winning album Anomaly. In verse 2 on the song, he said:

“I remember back in the day, I was barely in the first grade
Got teeth missing, watching Tom & Jerry, Tryna go outside so I could play
I was told to watch out for strangers, Keep my eyes peeled for danger
Folks workin’ late, I had a babysitter, I ain’t ’bout to sit here and name her
It was almost 8, when she came in late
Woke me up with a game to play, Did a few things that’s hard to say
Told me to keep that secret safe
How a young boy supposed to deal? I’m tryna act like it ain’t real
Had my innocence just stripped from me And I still don’t know how to feel
And I’m wondering how to address it Can’t tell my family, too messy
So I just embrace it, it’s hard to face it, I’m too ashamed to confess it
So I kept it in and ain’t speak, Didn’t think, it hit me so deep
So into it, I got promiscuous
And only God can help me get free
But I’ve been forgiven, my Savior risen, I’m out the prison, I know that
I got the power to say no to all of my struggles
God will control that
Every time we slip and we fall, Gotta get back up and fight on

We are not defined by our past,The future look bright, I see the light on”