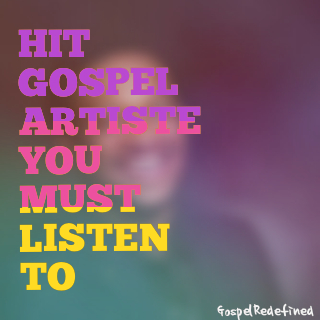 Mercy Chinwo is one of the most inspiring gospel artistes in Nigeria. Regardless of whether she sings on her own or collaborates with other artists, the talented Mercy Chinwo brings the house down with her praise and worship. Listening to Mercy Chinwo has an effect of drawing you closer to God.

Dunsin Oyekan is a seasoned gospel minister who doesn’t just sing but give life through his ministrations. Dunsin isn’t the regular singer or songwriter, but a powerful worshipper with depth and understanding in God’s word. He is popularly referred to as ‘The Eagle’. With over 30 songs to his credit, Dunsin Oyekan isn’t just an artist but a prophetic worship minister. He has gained the attention of many Christians in Nigeria and beyond. Every song from his personal experience and an encounter.

Kirk Franklin is a nine time Grammy award winning artiste. A fearless singer who is not afraid to switch genres as long as it drives the Jesus message home. Kirk is one artiste that understands that soul, R & B and Gospel music go hand in glove. Along the line, Kirk added hip-hop to his mix with his debut in 1993. Taking all the heat from those who said it shouldn’t and couldn’t be done with gospel music. Bring all doubts to nothing, Kirk Franklin gained a larger audience and his songs never stop topping the charts.

Hillsong Worship is an Christian music praise & worship group birthed in 1983 at Sydney, Australia. They began their music production at Hillsong Church. They have since reached the world with their heart and soul refreshing music, giving glory to God.
They have received quite a number of awards to their credit, some of which includes: GMA Dove Award for Worship Album of the Year, Grammy Award for Best Contemporary Christian Music Performance/Song.
Members of the group include: Darlene Zschech, Marty Sampson, Brooke Fraser, Reuben Morgan, Joel Houston, Ben Fielding, Matt Crocker, Tarryn Stokes, Annie Garratt, and others.
They work with Hillsong, Integrity Music, Columbia Records, Sparrow Records, etc as their record labels.
The team have done a good job at using music to draw men closer to God with their deep revelation kind of lyrics and their soothing sounds.

Maverick City Music In 2018 was born, after hosting 17 writing camps, accommodating over 100 artists and writers, creating and shaping 100s of songs With a goal not to be a song factory but rather to create a space where worship expression takes precedence over proficiency. Their dream is that the worship genre would be a place where diversity thrives, and the hope of every tribe united with their voices raised wouldn’t just be a vision of the future but would capture the prophetic imaginations of the church in our day.

Frank Edwards is an award-winning gospel rock artiste who has captured the heart of fans across the globe with his soronous voice and creative music. He is a music minister in Christ Embassy International. He is the head of Rocktown Records which is his record label. Some of the Album to his credit includes Angels On The Runway, The Definition, Unlimited, etc.

Tasha Cobbs Leonard born as Natasha Tameika Cobbs to Bishop Fritz and Lady Bertha Cobbs on July 7,1981 is an American Gospel singer and songwriter.
She is known for her contemporary Christian music and urban contemporary gospel.
Tasha Cobbs started off as a singer in the church her parents led and In 2010,she started her solo music career with released album” smile” which got the attention of Motown Gospel record label and in 2013,they released her EP titled Grace.
She’s known for Top 1 ranking “Break every chain” ,”For your glory” and many other spirit lifting songs.

Nathaniel Bassey has long been a blessing to the body of Christ. His initiative, the #halleluyahchallenge brings believers together in worship at a particular time every year. There have been many testimonies from the challenge where he leads in worship to God with his trumpet. He is a graduate of International relations and Politics from the University of Lagos. He is married to Sarah Bassey and they have two beautiful kids together.
His most popular songs are ‘Imela’, ‘Onise Iyanu’, and ‘Olowogbogboro’.

Victoria Orenze is an admirable gospel artiste who is not only talented but is also capable of opening the gates of heaven through her intense and power packed worship songs. Within the shortest period of time, Victoria Orenze has won the hearts of thousands of people and has also brought light to many hearts through her songs. She is certainly one who has come to stay.

Tyrone ‘Tye’ Tribbett was born to Tye Tribbett II and Niecey Tribbett on January 26, 1976  in Camden , New Jersey. He is an American gospel music singer, record producer , songwriter and keyboardist. He is also the founder and music director of the winninning gospel group Tye Tribbett & Greater Anointing.
Tye was raised in an Apostolic church by his father who was a Bishop and his mother who was also a minister and a disc jockey in the Philadelphia and NewYork area. He has a brother and two sisters.

Travis Montorius Kwaku Greene is a thirty six year old American gospel musician, songwriter and pastor.
In 2007 Greene started his musical career with the release of’ The More ‘through Greenelight Records. After then he has released two studio albums, ‘Stretching Out’ in 2010, ‘The Hill’ in 2015 and ‘Intentional’ in 2015. In 2017 Travis Greene released their third album ‘Crossover: Live From Music City’ as a live album.
He is married to Dr. Jackie Greene (née Gyamfi) and together they co-pastor Forward City Church in Columbia, South Carolina.

Donald James Moen (born 29 June 1950) is an American singer, and a christian music songwriter specializing in Christian worship music. He is also a pastor and develops gospel songs as well.
He worked for Integrity Media for over 20 years, serving as creative director and president of Integrity Music, president of Integrity Label Group, and an executive producer of Integrity Music albums.[4] He left Integrity Media in December 2007 to start a new initiative, The Don Moen Company.
For Hosanna collection of worship albums , he has produced 11 volumes. His first album was released in 1992, under his own name, Worship with Don Moen.

Deitrick Vaughan Haddon is an American gospel singer,songwriter,music producer,pastor and actor.He was born in the year 1973.Deitrick Haddon,as he is popularly called is known for his contemporary style of music and progressive gospel.
In  year 2002,Haddon launched his first solo as a Christian RnB vocalist. This was the beginning of his music career.
Haddon has quite a number of inspiring songs to his name and still holds a promising future in the gospel-music industry.

Lawrence Oyor is a gospel music Minister and evangelist born to a Christian family in Ibadan, Oyo state, Nigeria. He joined the music ministry at a tender age when he and his brothers began participating in their mother’s music video. His twin, Godswill Oyor is also a music composer and minister. They both have produced songs together and are known as Davidic Minstrels. Lawrence Oyor is widely known for his prophetic chants. He not only sings but ministers the word of God during his ministrations.
Other anointed songs by Lawrence Oyor include: ‘Dreaming with God’ , ‘May it not be heard’, ‘Bowl of fire’ and many other songs. He has also partnered with other gospel artistes in various songs. 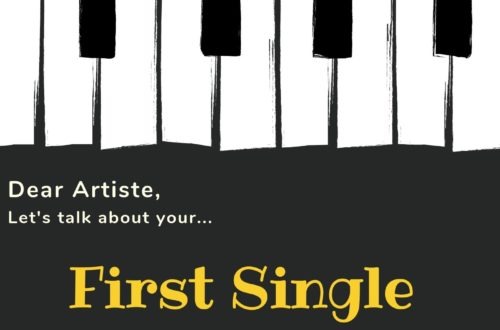