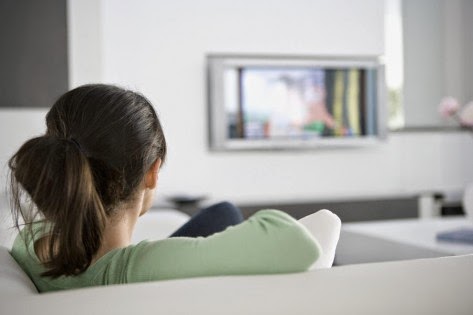 It’s been showing on my television screen over and over again, disrupting this interesting soap opera that I’m watching. Could it be that this soap has got no other sponsor or could it be that this company is having problems and need to step up on their game? It’s either one of the two for why else would different tooth paste advertisements of just one brand succeed each other for only-God-knows-how-many-times-now.

I look up at everybody in the room. Nobody else seems disturbed by the re-occuring intermission of the play as I am but most importantly, nobody else seems to see the message these adverts are passing to me. It’s just me. It has to be just me. Every advert, though different, is hinged on one thing: “That the more you use the tooth paste, the better your breath is…for kissing.” …kissing different people from random strangers you meet at the door to your dancing partner. Isn’t that lustful or something? I mean, because my breath smells so good and I happen to pass by you, the next thing you can think of is kissing me. Call it my opinion but that’s just lust. Once, a friend brought it to my attention but I didn’t pay a close look to it, not until now that it is intermittently showing on my screen and remembering an article my friend wrote on it, I ask myself the question, “When did lust suddenly become so appealing?”

It’s lust we’re talking about here, isn’t it? It seems like a normal phenomenon nowadays. Harlequin can’t seem to find any other topic to build a story on and even movies lately…well. Simply put, lust is a strong desire, usually sexual, felt towards something. Oh, and plus, it’s not Godly. So, it doesn’t seem like I’m just seeing things from my own point of view, well, the Bible has got something to say about lust too. It’s one of my favorite stories, if not the favorite. It’s that story that for some reason just isn’t in our “book of Bible stories”. It’s that story with a thousand and one lessons. It’s that story of Amnon and Tamar.
Long time ago, in a land situated somewhere that’s not Africa, there lived a king, who because he couldn’t keep one woman, had two sons, (well out of many), for different women. So, technically, that made Amnon and Absalom step brothers. Absalom, however had a sister, Tamar. The Bible called her ‘beautiful’ and she must be, for Amnon, really really fell in love with her. Or so he thought. He liked her to the point that he became sick. He wouldn’t eat. He wouldn’t sleep. He was a prince but he wouldn’t dress like one. Why? Because he loved Tamar? Maybe, that’s true but there was another reason. Tamar was a virgin and it seemed impossible for Amnon to do anything to her. He wanted sex but he couldn’t get it, so, he became sick. (2 Samuel 13:2)
Hmmm, what a story but that’s not where it ends. You see, Amnon eventually devised a plan, although it was more of taking an advise and it hatched successfully. He had Tamar, under his father’s consent of course, prepare him a meal. Then, he had her bring him the meal in his room. He didn’t stop there. He had her send everyone else out as he would rather have her feed him. She didn’t get to do that though.
After everyone had been sent out, he did the most horrible thing. He raped her. Even though she begged and told him she would marry him, he still raped her. Finally, he got what he wanted but you know what happens after, which I think is a bit strange for a guy that was in love?
Immediately he finished, “Amnon hated her with intense hatred. In fact, he hated her more than he loved her.” (2 samuel 13:15). It wasn’t even the day after. It was right on the spot, right on the bed and he sent her out. Hasta la vista.
Harsh! But that’s just what lust does. Lust never lasts. Lust is always after something and when it gets it, sometimes, it leaves instantly but that’s rare, like the exception in the case of Amnon and Tamar. Most times, lust remains, never satisfied. Always wanting more and more of that thing. Where lust is concerned, it never tires of what it want. What tires it, is the person. So, immediately it’s done with one person, it moves to the next, still in search of satisfaction to its urges but with different participants. Lust grows too. It can be the driving force of that minuscule kiss to the wheel on which rape, pornography, masturbation and the likes are propelled. It can be from that tiny thought in the mind to that big action in the physical.
It all boils down to one thing: “Satisfying sexual desires in anyway possible, outside the confines of God’s position on sex.” Lust will always leave its aftermath; regret, bitterness, hatred, malice, revenge, broken hearts, stigma, etc.

Lust lurks on every corner and it should be avoided. So, I can’t wrap my finger around why advertisements of nowadays promote it. I think I’m gonna write a letter to whatever that company is called and tell them that beyond the message of brushing our teeth with the right toothpaste, there is also an underlying message that they are passing to me. It’s the message called lust.
Reference: 2 Samuel 13
Written by: Seun Olagunju