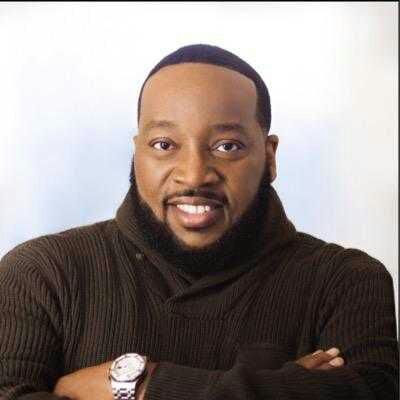 Source: Ugospel.com
While the Gospel music genre is churning out exciting new artists every year, there are some voices that remain timeless and relevant within an industry that is constantly reinventing itself. One of those artists is Marvin Sapp, who this week heads to Las Vegas for the Billboard Music Awards. He is nominated in two categories: Top Gospel Artist and Top Gospel Album (You Shall Live).
“It is always an honor to be nominated among your peers, and I am grateful for the continued support of the music industry and Gospel music fans,” says Sapp who was Billboard’s Top Male Gospel Artist of 2015.You Shall Live is Sapp’s 10th album, and his fourth consecutive #1 debut.
You Shall Live was inspired by the last words Sapp heard from his late wife, MaLinda: “honey if you want me to be happy in my transition, promise me after I transition that you will live.” Her compassionate and sincere words make up the mantra that he lives by, as well and the overall theme the album. The current single, the title track, is Top-10 at Gospel Radio, and is an inspiration to anyone encountering life’s most difficult moments “No matter how crazy it looks…God is declaring you to live…” he says, as he talks about the important meaning of the song:Marvin Sapp Inspires with “You Shall Live“.
With the words of his late wife and the grace of God fueling him, Sapp dexterously makes the most of each and every day – pouring his all into his preaching ministry, his music ministry and his business ventures. A Bishop in the Global United Fellowship, Sapp oversees 75 churches in 10 states in the Fellowship’s North Central Province, and travels around the country weekly for preaching engagements. He continues to oversee Lighthouse Full Life Center in Grand Rapids, Michigan and rarelymisses a Sunday there. On May 25, he begins the McDonald’s Inspiration Celebration Gospel Tour that will travel to 13 cities, and this summer will open a unisex day spa in Grand Rapids. All of this is in addition to his hands-on leadership of the Pre-kindergathen – high school academic institution he founded with his late wife: The Grand Rapids Ellington Academy of Arts & Technology (GREAAT).
“No matter what comes our way, we can survive and even thrive if we are determined to LIVE,” says Sapp.