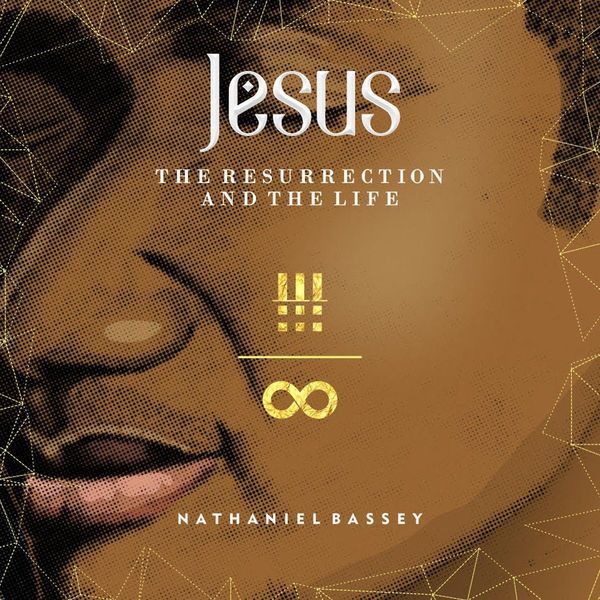 Nathaniel Bassey drops a new album titled Jesus: The Resurrection and Life. You can listen and download the full album below.

Jesus: The Resurrection and The Life album follows Revival Flames album by Nathaniel Bassey which was released in 2017. This album boasts of 15 tracks featuring top gospel artistes such as Chris Delvan, Tope Alabi, Kike Mudiaga, Olumide Iyun and many others. The album has a total playtime of 1 hour 17 minutes with an average of 5 Mins on each track.

Jesus: The Resurrection and The Life album is a compilation of inspiring songs meant to uplift believers and comfort those who are seeking refuge in Christ.

The album is well arranged in such a way that its message is clearly passed to the listeners as it carries them along.

The first four tracks, Intro (Doxology: Praise God from Whom All Blessings Flow), Great Jehovah Great I Am, Strong Tower, Resurrection & the Life are all songs of praises unto God for His wondrous work and faithfulness.

The next six songs, Kore Enye Fonde (For He Is Good), How Sweet the Name of Jesus Sounds, Hallelujah-Amen, Amen Chant, Holy Is Your Name, Awamaridi are worship songs, not only that, they recount God’s goodness and engage the listener to worship along.

This Is Who I Am, By the Spirit and Let My Life are songs of affirmation and consecration. These songs depict what a typical Christian life looks like and what such life should entail..

When I Met Jesus (The Call and the Trumpet Version) are songs inviting the world to Jesus, letting them know of how much power and freedom are in Him.

Jesus: The Ressurection and The Life Art Cover

There is a beautiful story behind the art cover of the album Jesus: The Resurrection and The Life. The story went like this:

During Nathaniel’s visit to Ikoyi Prison and after ministering to the inmates, one of them presented him with the artwork and the artwork reads “when I was In Prison, You Visited Me – Matthew 25:36”

In my opinion, this is the most touching quote I have ever read, and the reason is not only that it came from someone who is in the prison, but much more than that it captures the perfect picture of what Jesus was preaching in that chapter of the Gospel of Matthew.

The Story Behind The Story

The Biblical story was pictured when Jesus was describing what will happen when the Son of Man comes in His glory with His holy angels where He will be sitting to judge. Then all nations will be before Him, there He will separate them as a shepherd separates sheep from goats.

With the sheep on the right and the goats on the left… people usually feel the left hand side is a bad place and for people going to hell, well in the context of this scripture, it could be so.

So what happens after separation? The Son of Man says to the people on the right hand to come and inherit His kingdom and even told them that it has been prepared for them from the beginning of the world.

One could ask, what did they do to merit that? Indeed it is a valid question that this entire passage is based on. Jesus said they are counted worthy because of their kind gestures, for when he was hungry, they fed Him, while He was thirsty, they gave Him drink and they accommodated Him, they went as far clothing Him while He was naked and most importantly, visited Him while he was in Prison. This same act of kind gesture was shown by Nathaniel Bassey to the inmate in Ikoyi Prison, and is it amazing how he felt and captured it in his artwork?

Now, if you will let me finish this biblical story, I know you want to download a music album and not story, but won’t you like to know what happened to the guys on the left hand, the goatee people? lol!

It turned out they didn’t show any act of kindness to our Lord Jesus, and that’s why they are on their way to eternal damnation. But wait, isn’t that cruel, I mean who will see Jesus and not be nice to Him… this is Jesus ooo.

You Know what? Baba disguised ni o… He told them, you don’t have to do it to me directly, but as long as you are doing it for your fellow brethren, these little ones that you despise, you are doing the same for me.

If it were a Nigerian scenario, I am sure some people will be shouting wayo! at the back, but you see, this is the parable of the Kingdom and this means a lot to that inmate.

Now let’s get back to our album, shall we?

Jesus: The Ressurection and The Life Featured Artistes

My biggest surprise and joy on this album is Chris Delvan on the track Let my Life, another one is Tope Alabi on the track Awamaridi alongside Tomi Favoured.

Moreso, we have an international feature on the album in the person of Glenn Gwazai from Zimbabwe, Kaydee Numbere could have been the next, but he’s Nigerian, and he features on the track How Sweet The Name of Jesus Sounds.

The next group of artistes are Nathaniel Bassey’s “homies” which includes Eno Michael on Kore Enye Fonde (For He’s Good), Olumide Iyun once again on the track Resurrection and The Life, Kikelomo Mudiaga on the track Holy Is Your Name and lastly Elijah Oyelade on By The Spirit.

That makes a total of 9 artistes who synergized with Nathaniel Bassey to make this Jesus: The Resurrection and The Life album, can you imagine how powerful the album is going to be?

Jesus: The Ressurection and The Life Release

This album was released on Sunday, December 2, 2018 at Redeemed Christian Church of God (RCCG) King’s Court parish on the Victoria Island of Lagos.

This album comes out after a year and 7 months after Nathaniel’s previous album Revival Flames. I think that’s a good spacing.

Moreover, the time is right, being the time of the prophetic season where the revelation of Christ needs to prevail above all other things in the body of Christ.

Simultaneously, the album was also released on Digital stores like iTunes, Amazon and so on. The album Jesus: The Resurrection and The Life was released under Nathaniel Bassey Music Inc.

Jesus: The Ressurection and The Life Tracklists

Download Jesus: The Resurrection and The Life album by Nathaniel Bassey

Intro (Doxology: Praise God from Whom All Blessings Flow)

This serves as the introduction to the album, its a song of praise, an oblation to God almighty. Listen and download below

Great Jehovah, Great I Am

Great Jehovah, Great I Am is the second track off this album, it is a chant and solemn song of how great and mighty God is. This song also featured a trumpet interlude. Listen and Download Great Jehovah Great I Am by Nathaniel Bassey below.

Kore Enye Fonde (For He Is Good) [feat. Eno Michael]

Kore Enye Fonde meaning For He is Good features Eno Micheal, the song is a beautiful duet delivered in both Akwa Ibom dialect and English. Listen and Download Kore Enye Fonde featuring Eno Michael below.

How Sweet the Name of Jesus Sounds (feat. Kaydee Numbere)

Amen Chant is the continuation of Hallelujah Amen, but this one takes us to the typical Nathaniel Bassey’s kinda song. You can call it a reprise, it even has a trumpet solo by Pastor Nathaniel, but I say to you, the very second you start listening to this track, you will feel something different. Taste and see. Listen and Download Amen Chant by Nathaniel Bassey below.

If this song doesn’t capture your attention on this album, I don’t think any other will, Awamaridi means God of Mystery and Tomi Favoured killed the song from the start. the strings, the flutes and the soft tempo will instantaneously activate you into worshipping with awe. Having Tope Alabi on this track is more than expectation, she eulogizes God and I can’t wait for a live rendition on this song. Listen and Download Awamaridi by Nathaniel Bassey Featuring Tope Alabi and Tomi favoured.

This Is Who I Am

This Is Who I Am is a song speaking of the nature of the redeemed man in Christ, having crucified the old man and being washed in the blood. Listen and Download This Is Who I Am by Nathaniel Bassey below.

By the Spirit (feat. Elijah Oyelade)

By The Spirit features Elijah Oyelade and it is a 80s style of High life song that carries a similar message with This Is Who I Am. The song reassures the position of a Christian in Christ and that everything is possible, not by power nor by might but by the Spirit of God. Listen and Download by Nathaniel Bassey featuring Elijah Oyelade below.

When I Met Jesus (The Call)

When I Met Jesus is a song that fits perfect for an altar call. Accompanied with grand piano, The song is similar to Never The Same both in sounds and message. In this song, Nathaniel extends the hand of Jesus reaching out to the thirsty souls who are inviting Him into their lives. Listen and Download When I Met Jesus Below.

When I Met Jesus (Trumpet Version)

When I Met Jesus Trumpet Version is the vocals aspect of this song being replaced with the trumpet and the strings and grand piano gained more volume. This is a beautiful note to end this album especially for instrumentalists who likes to score musical piece. Listen and Download When I Met Jesus by Nathaniel Bassey Trumpet Version below.

Other Albums by Nathaniel Bassey 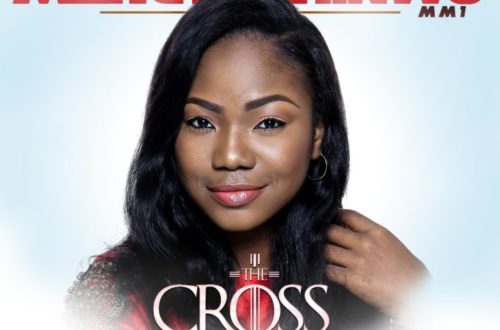 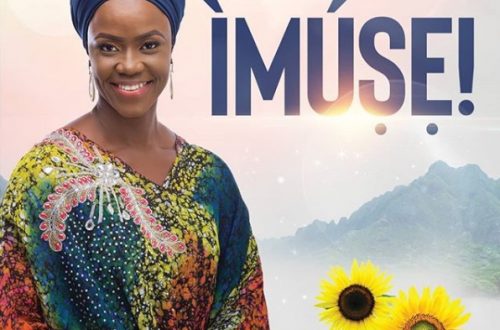 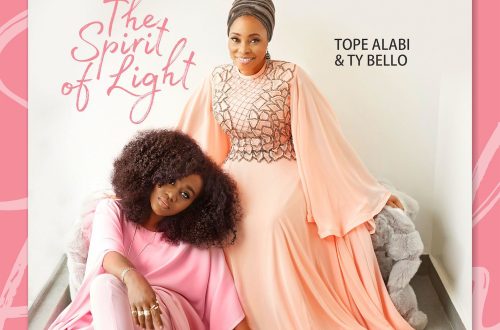