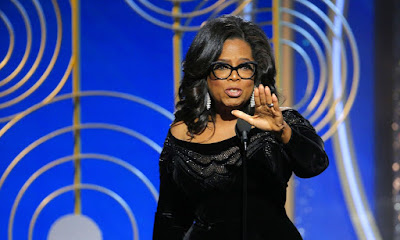 Oprah Winfrey for president? That was the burning question in American politics on Monday after the entertainment celebrity and entrepreneur delivered a barnstorming speech that had many hailing her as the antidote to Donald Trump.
Speaking at the Golden Globe awards in Hollywood on Sunday night, Winfrey moved the audience to tears as she praised women who have shared their stories of sexual harassment and abuse and declared that “a new day is on the horizon”.
In a measure of how Trump, a wealthy TV celebrity and political novice, has changed the rules of the game, there was an instant surge of tweets with the hashtags “Oprahforpresident” and “Oprah2020” urging Winfrey to run in the next election in November 2020.
Watch the speech below.
Source: The Guardian