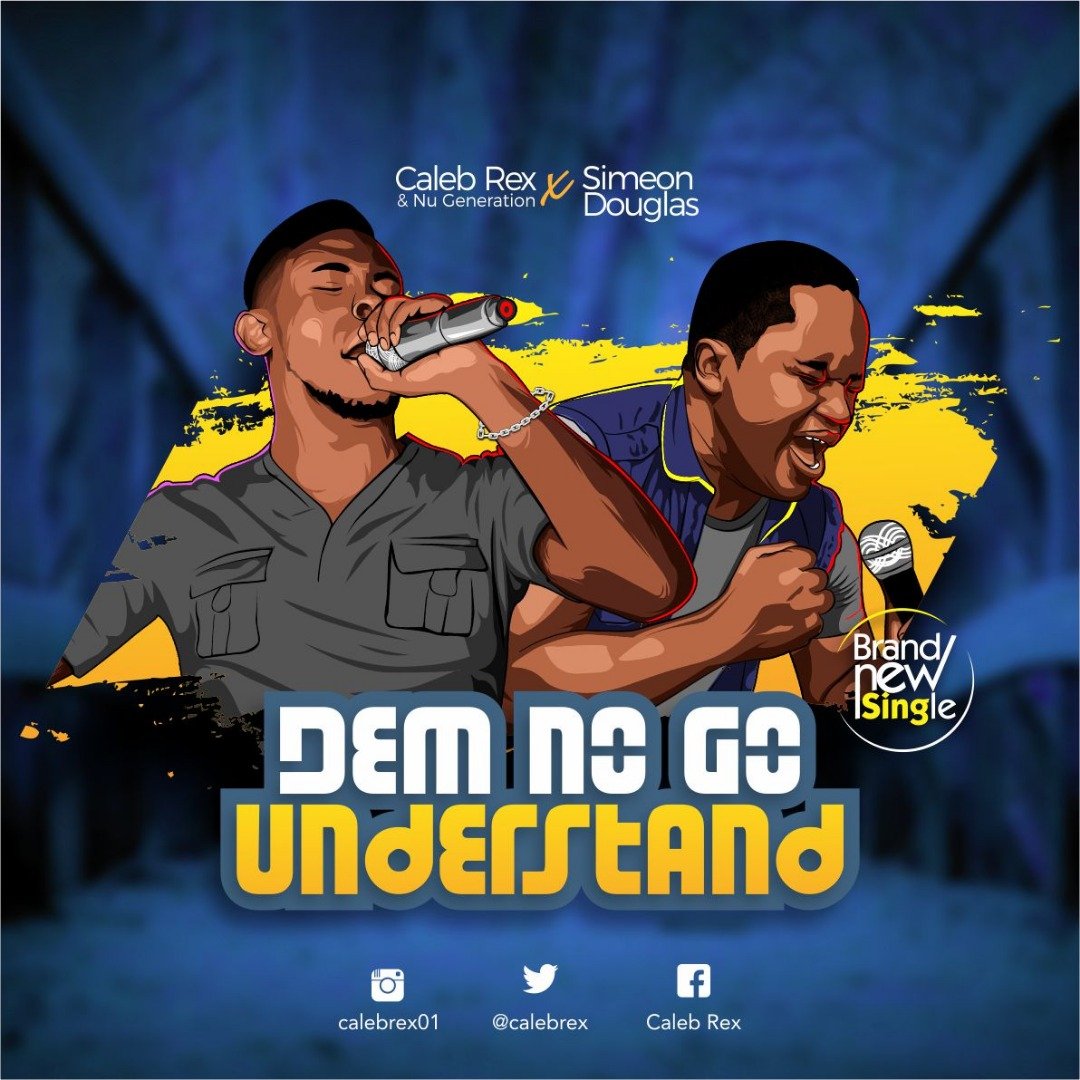 Another mind blowing single from the “Hold Me” crooner, Caleb Rex  titled “Dem No Go Understand” featuring one of Nigeria’s best voices and worshipper, Simeon Douglas.

This one is nothing short of powerful, intense and anointed. ‘Dem No GO Understand’  is an expression of heartfelt worship and praise coming from a place of in-depth gratitude. This is more than a song. Get ready to be translated into the undeniable presence of the King.
Get this song into your playlist now!!!

Caleb Rex is a dynamic minister of the gospel through his music. He broke out into the music scene with his debut single Good morning in 2016. And has written several other songs including songs like Hold me, Champion, and Testify. He’s a pastor in the Revelation Ministries Inc based in Calabar. And he’s the leader of the nu generation.