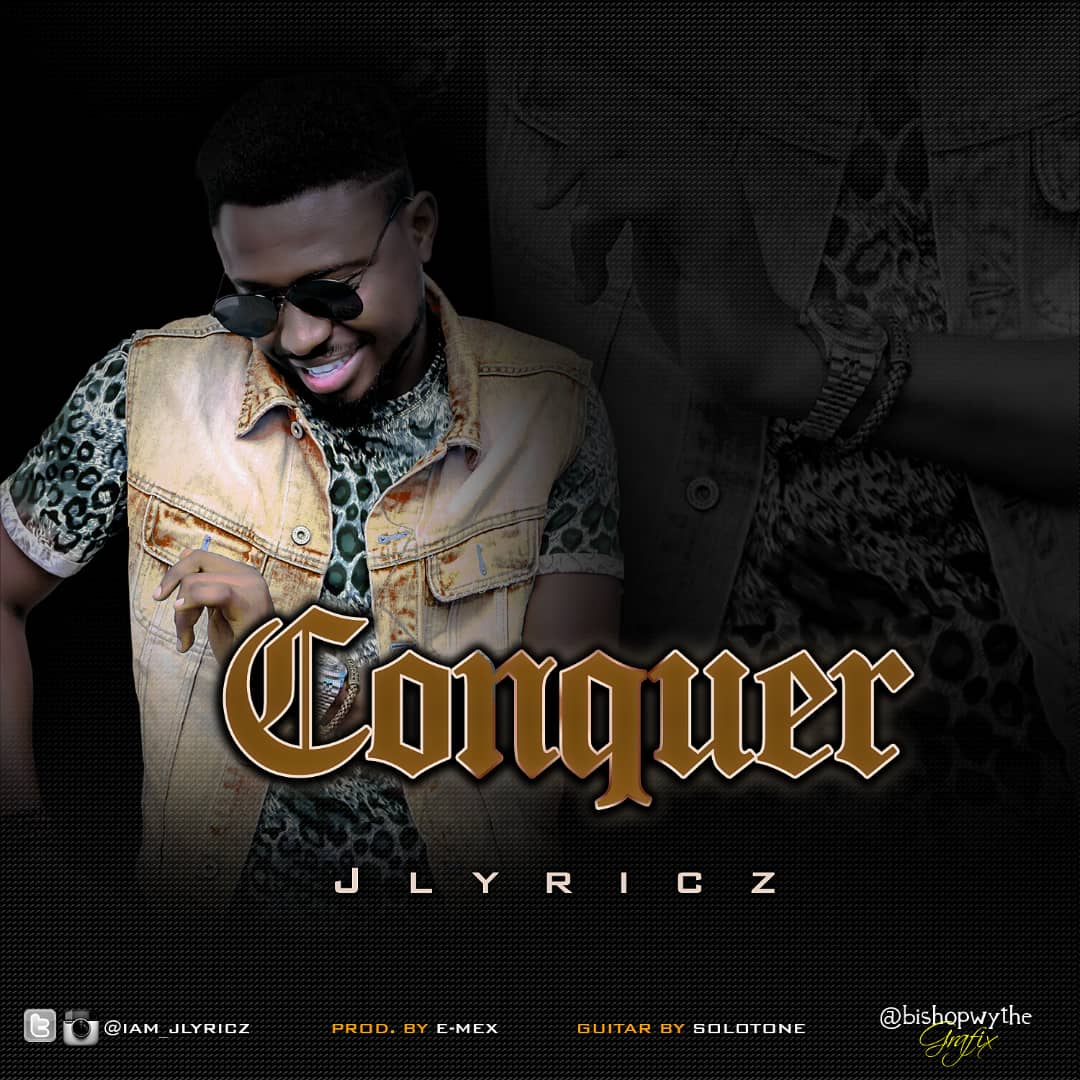 Gospel singer-songwriter Jlyricz returns with his first single of 2019 “Conquer”. Jlyricz who released a slew of singles last year including two EPs; Thankful and the romance-themed Love Play.

Concerning his new single; Conquer, Jlyricz says “I ended 2018 on a high and was looking forward to 2019, had plans and everything but like always in my life, God came through and took control of everything. I received Conquer in December and was hoping to drop it in January as a prayer for the entire year but here we are in March and I thank God for ordering my steps. One thing though, I had to switch the lyrics from”This year’ to “This day”. So it’s not just a prayer for a year but for every single day.“

Conquer is a song of assurance in God’s mighty power and a dedication to His awesome glory. The song is an invitation to dance in His presence and just give Him the praise He deserves.

The song is written by Jlyricz and produced by E-mex.