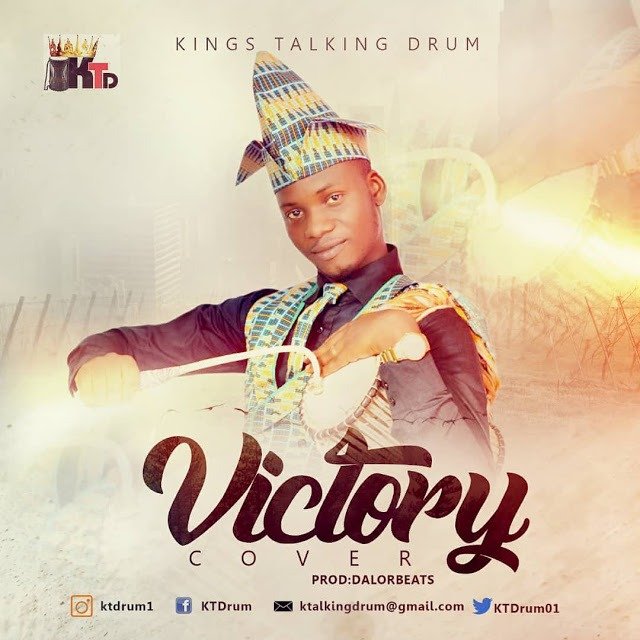 Super-talented Talking Drummer KT Drum makes a beautiful cover ‘Victory‘ by Eben.
It is amazing to hear the song Victory on a Talking drum cover, and this will serve as a beautiful inspiration to everyone who plays one or the other instrument out there and as well be a challenge to the Talking Drum specialists.

KT Drum while sharing his testimony about the song said:

“I want to give thanks to Almighty God for giving me a reason to celebrate after so much delays, temptation and frustration. God gave me victory at last and I decided to start with Victory cover.”

The original song ‘Victory’ was released by Eben, and has ever since become a hit song of praise everywhere across the nation and beyond.
The song accompanied the birth of Joshua, Eben and Jahdiel’s second son of which he wrote at the time of his birth:

There is no victory without a shout!!!!somborry shout Halleluyah !!!!Joshua has arrived!!! ayehh, God has indeed given me victory!!!!! thank you Lord Jesus !!!

Related Song – Never Would Have Made It Cover

We found another song cover that might interest you. At the BMI Tarilblazer awards, Le’Andria Johnson made an unforgettable performance of Never Would Have Made It by Marvin Sapp