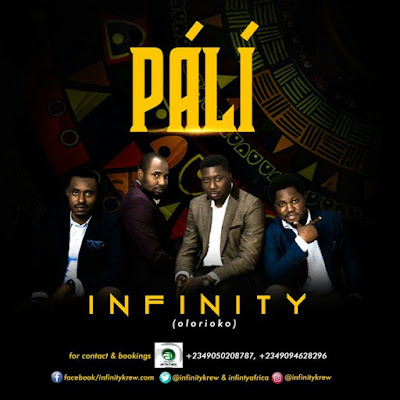 Foremost Nigerian gospel group, Infinity has returned with the official music video of ‘Pali’.
The boy band is popularly known for the song ‘Olori Oko’, which won all major gospel music awards available during its reign in 2007.
‘Pali’ video, starring ace comedian Ali Baba, Owen Gee and others was directed by talented cinematographer Frizzle & Bizzle Films.
Watch Video Below!!!