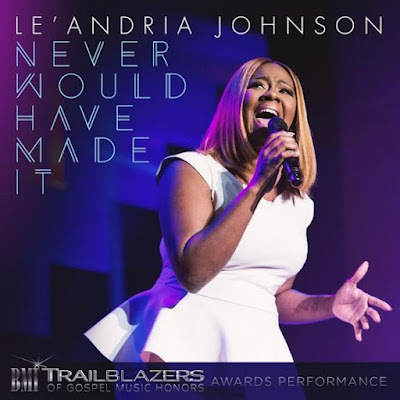 In January when the BMI Trailblazers Honoured Marvin Sapp, Le’Andria Johnson led Bishop’s Sapp evergreen song “Never Would Have Made It”. Her performance was so touching and inspiring that even Marvin Sapp could help standing in awe of the song. Watch below.

The song has now transitioned to an international single and is available for download on iTunes.

Never Would Have Made It” is from Marvin Sapp’s Thirsty album in 2008 and the single recently went platinum of over 500,000 copies sold.

READ ALSO: Marvin Sapp’s Never Would Have Made It Certified Platinum