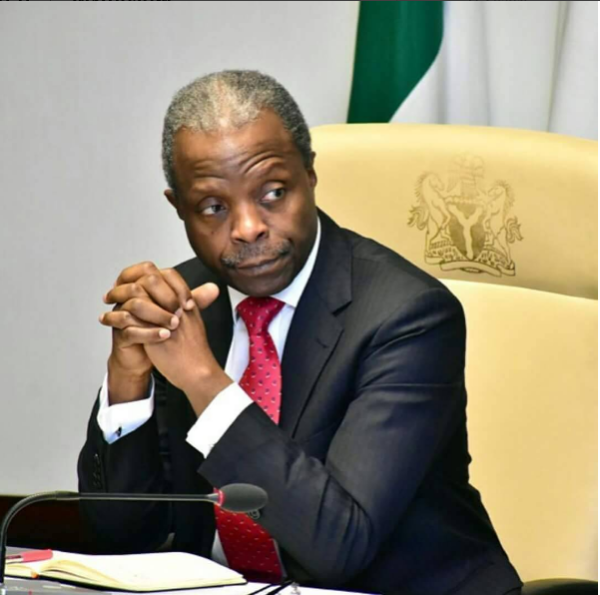 Vice President, Yemi Osinbajo, while speaking at a concert for the Easter celebration, April 1, 2018, in Lagos assured Nigerians that Leah Sharibu, a Dapchi schoolgirl yet to be released by Boko Haram, will soon regain her freedom.

Sharibu, a Christian girl among the students abducted from Government Girls’ Science and Technical College in Dapchi area of Yobe has remained with the insurgents for refusing to renounce her faith.

He described the cross on which Jesus Christ was nailed as a symbol of victory for those who believe in the Lord Jesus.
According to Osinbajo, victory was always assured in every challenge.

“As I understand the Cross, I believe that what happened was so unique. Apart from the death, there was a trial before victory. Christ was accused of many crimes and given a death sentence.
“What Christ went through was beyond dying. He had already taken the pain that is why we can proudly say that the Cross is an evidence of our own victory.
“Leah has stood up to stand by her faith and truth. I am certain on my mind the Cross is able to deliver her.
“I am excited that we Christians are praying for Leah who is still being held captive by insisting she will stand by the Cross of the Lord Jesus Christ.
“The most exciting thing that a man can have is the knowledge here on earth that we are Victor and in Heaven, we will be counted among those that will reign with Christ in Heaven. There is nothing better than that. It is a win-win situation.”